ALERT’s Founder and President conferenced on the Mona Lisa of fossils.


On September 18, 2019, ALERT’s Founder and President, M. Jorge Guimarães, MD, PhD, successfully presented his revolutionary results on Archaeopteryx at the Annual Conference of the Paläontologische Gesellschaft (PalGes) in Munich, Germany.

PalGes is an international meeting at which cutting-edge research in the fields of paleontology, geobiology and paleobiology is presented. It is also one of the oldest and largest paleontological societies of the world.

In the first public presentation of his work, M. Jorge Guimarães, MD, PhD, showed that at least two specimens (those of the Berlin and Teylers fossils) of Archaeopteryx, a Jurassic animal related to birds, died atop their non-rigid eggs and several hatchlings, and postulated that all Archaeopteryx specimens probably died in nesting position among sandbanks or other slight elevations among the Solnhofen lagoons. 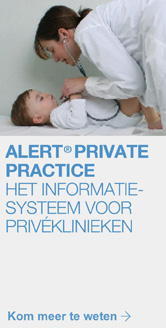