ALERT® EDIS was updated on April 30 at the American Hospital of Paris in France.

With this update the physician records’ workflow and the ability to order diagnostic tests are now live. The nursing workflow had already been implemented in July 2012.

Furthermore, this Go Live means that the American Hospital of Paris now has the patient’s electronic medical record fully implemented in its emergency department.

The ALERT solution for the emergency department will benefit a team of 61 physicians and 20 nurses and will be processing an average of 40 daily emergency episodes.

The Association of the American Hospital of Paris was created in 1906 by several members of the American community in Paris. Their wish was to create a Paris-based hospital which would provide American expatriates residing in France with American-trained medical care in their own language, regardless of their financial means.

This not-for-profit institution has no shareholders and receives no funding from the French or American governments.

This update at the American Hospital of Paris reinforces ALERT's commitment to this project and demonstrates, once again, the company's capacity to manage implementations at international reference customers.

The contract with this prestigious hospital foresees the implementation of ALERT® PAPER FREE HOSPITAL. 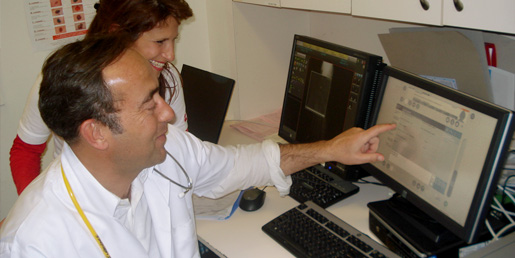