The implementation process, which started last September, contemplates the installation of ALERT® PAPER FREE HOSPITAL in two phases: the computerization of the emergency services and outpatient will be concluded until de end of 2014; the computerization of inpatient and of the operating room will start in the last quarter of 2014.

With ALERT®'s implementation, Clínica Girassol expects to become a reference for Angola and the African continent.

This contract was signed in partnership with the Angolan company B2B Service. 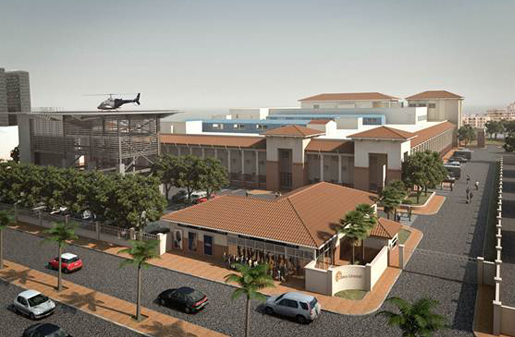 Established in September 2008, Clinica Girassol is part of the Sonangol group. With a total capacity of 229 beds, this healthcare facility offers various clinical specialties. This hospital also has an advanced Oncology service which includes Chemotherapy, Radiotherapy, Brachytherapy, as well as a Nuclear Medicine Service with Gamma Camera.

Clínica Girassol is dedicated to providing a service of excellence with international quality standards. This facility endeavors to be a training center that disseminates knowledge, which will provide the country with a physical and technological infrastructure with highly qualified professionals. It provides a humanized service, with specific programs so as to bring the patient and his/her family closer to the healthcare facility.